Court Church of All Saints

Only the gallery of the Church is accessible as part of the museum tour. 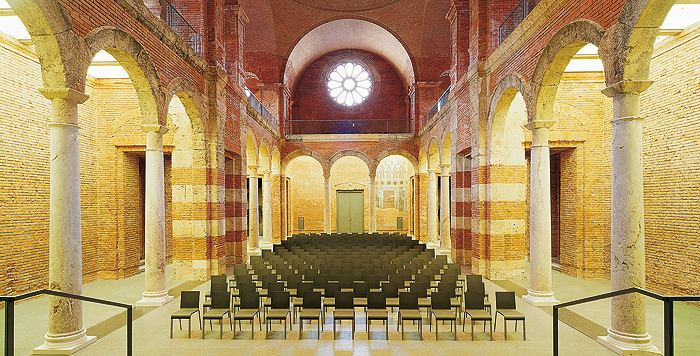 King Ludwig I had the Court Church of All Saints built from 1826 to 1837 from designs by his court architect, Leo von Klenze. On a visit to Palermo in 1823 when he was still Crown Prince, the king had been so impressed by the Norman-Byzantine Palatine Chapel dating from the 12th century that he expressed the desire to have a similar church building in the Residence. While Klenze had to comply with Ludwig’s wishes, he interpreted the medieval models in the spirit of the Neoclassical style he preferred. 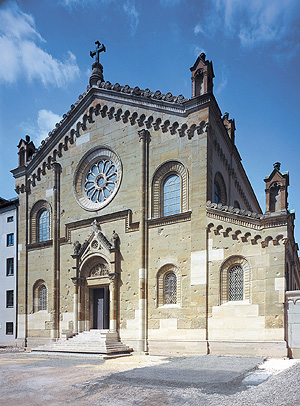 East façade at the Marstallplatz

The vault and the apses of the new court chapel were originally decorated with coloured frescoes on a gold ground, and the walls were clad with coloured stucco marble. The king and court participated in Mass from the galleries directly accessible from the Residence. The citizens of Munich entered the church on the east side, which had a façade in a combination of Romanesque and Gothic styles.

The Catholic Court Church in the Residence was particularly important because it was the first church building in Bavaria after the secularization of 1803. It is for this reason that it was dedicated to “All Saints”.

After massive destruction in the Second World War, it was not until 2003 that the church was reopened to the public. The surviving parts of the original building were restored and missing sections carefully replaced. The interior was then refurbished in a simple modern style as a venue for concerts and other events.