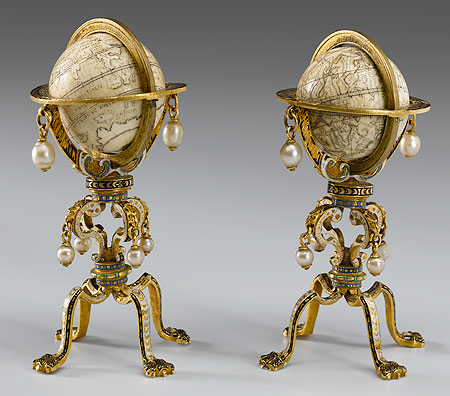 The two lavish miniature globes show all the constellations and countries of the world known at the time and are typical collector's items. They formed part of the Kunstkammer established by Duke Albrecht V in the Residence, but were later transferred to the Kammergalerie, the rooms set up by Elector Maximilian I in 1607 next to his apartments to house his private collection of art and artefacts. The globes were transferred to the Treasury around 1730, following the abolition of the Kammergalerie.